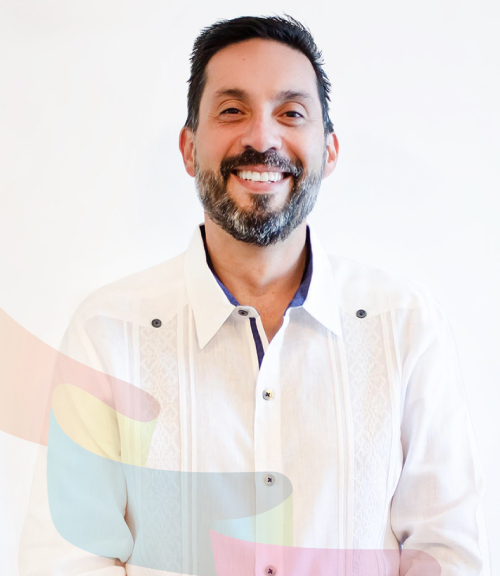 President of the Organizing Committee

We are delighted to invite you to our 75th Congress of the IFA in Cancún, Mexico.

Our congress will take place from October 22 to 26, 2023, in the heart of the Mayan Riviera, where we will put together the latest scientific topics, as well as a variety of social and cultural activities providing a unique opportunity to enrich us personally and professionally.

Our venue will be the Moon Palace Arena Convention Center, an extraordinary and safe complex that provides a great opportunity for excellent business interaction. International tax practitioners, judges, adjudicators, academics, and representatives of numerous governmental and non-governmental organizations will have a unique forum to exchange, debate, meet and interact with friends, colleagues, sponsors, and exhibitors.

Prepare to explore Cancun and the Mayan world and get immersed in the cradle of the Mayan civilization, rich in history and irresistible nature; it is a paradise for nature lovers and adventure seekers. So whether before or after our IFA Congress, take time to enjoy our world-famous beaches, culture, amenities, and nightlife as Cancun offers a wide range of activities for visitors of all ages, from a splendorous landscape to a visit to the mystical ruins.

We are looking forward to seeing you in Cancun!

The International Fiscal Association (IFA) was established in 1938, with its headquarters in the Netherlands. It is the only non-governmental and non-sectoral international organization dealing with fiscal matters.

Its purpose is the study and development of international and comparative law with respect to public finance, specifically regarding fiscal law as well as the financial and economic aspects of taxation.

IFA seeks to achieve these objectives through its Annual Congresses, the scientific publications relating thereto, as well as through scientific research. Although the operations of the IFA are essentially scientific in character, the subjects selected take into account current fiscal developments and changes in local legislation.

IFA has grown to nearly 13,500 members from 111 countries where 72 branches have been established. Direct membership is possible in countries where there is not an IFA Branch.

Along with the increasing globalization of the world's economies, international tax issues have become more numerous and of greater importance. Since the end of World War II IFA has played an essential role both in the development of principles of international taxation and in providing possible solutions in their implementation.

IFA has been able to achieve a great success, since it has offered the necessary forum to experts belonging from both the private and public sectors, including courts, academics, governmental and non-governmental organizations, where opinions on topics of international taxation can be exchanged with respect for each others background and responsibilities.

REGISTRATION WILL BE OPEN IN EARLY SPRING 2023

Please contact us at housing@ifacancun2023.com for hotel reservation support.

You will have a vibrant array of options all prepared with the finest fresh, organic and “farm to table” ingredients by world-class chefs. There is no additional cost for this out-of-this-world all inclusive dining experience.

One of the best conference centers in the Caribbean and the biggest at Cancun’s hotel zone. Moon Palace Convention Center stands out for its elegance and sophistication in their services. This venue can handle from a business meeting to a conference and a night full of magic and glamour.
Moon Palace Cancun is ideal for hosting groups of 10 to 10,000 people. The new Moon Palace Arena by itself extends more than 140,000 square feet of super-flexible space. It has additional options, including the 55,850-square-foot Universal Ballroom Lower Level, which seats up to 5,000 people. Upstairs, find 36,000 square feet in the Universal Ballroom Upper Level and another 26,800 square feet in the Galactic Ballroom with a permanent stage and adjoining meeting room 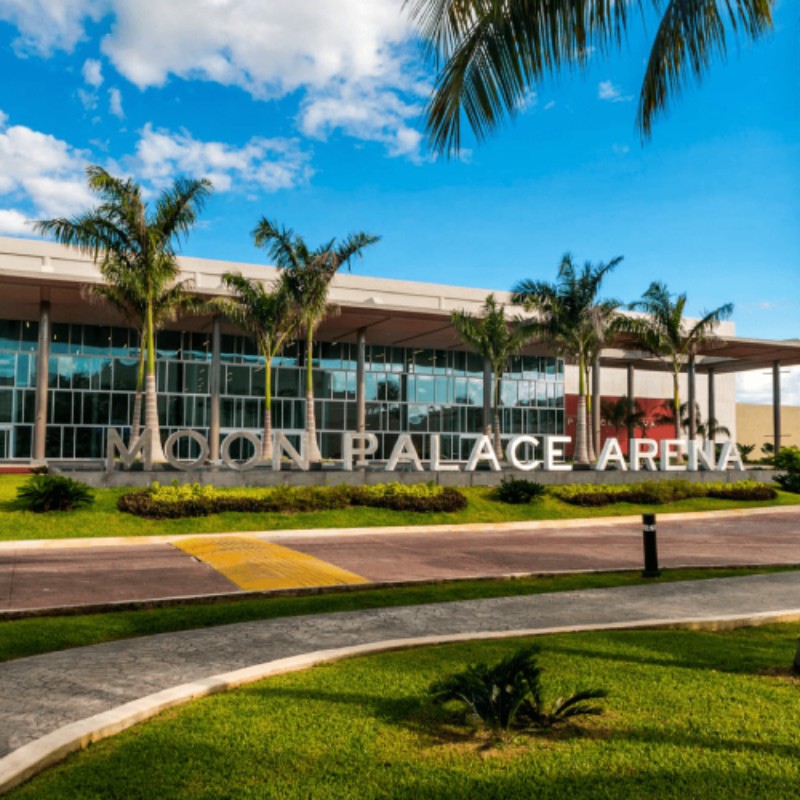 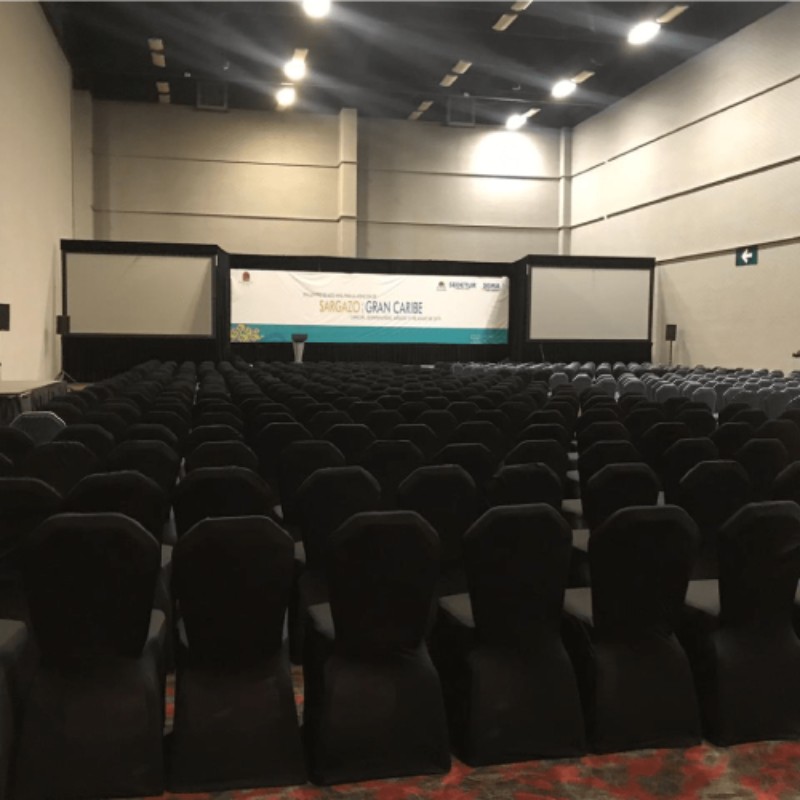 *Jeans, tennis, shorts or any other informal attire will not be allowed during the Congress Technical or Social events 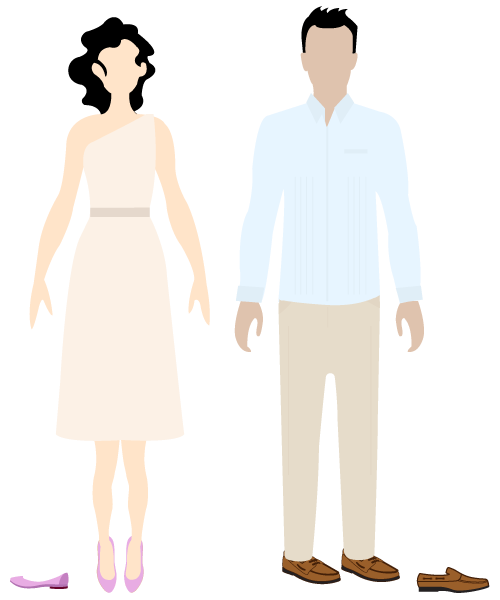 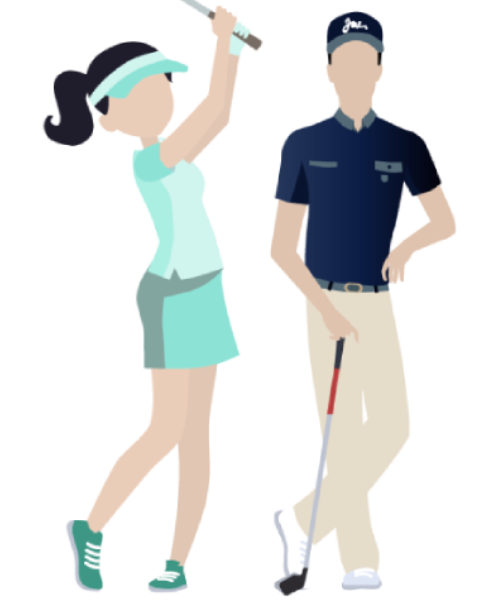 The 75th Congress of the International Fiscal Association will be held from Sunday, 22 October to Thursday 26 2023
All general and detailed information is available on the Congress website www.ifacancun2023.com

Cancun has a Semi – tropical climate, meaning hot and humid all year round.

All forms of credit cards are widely accepted. Congress Venue has an ATM inside their facilities.

The official currency is the Mexican Peso.

In Mexico the power plugs and sockets are of type A and B. The standard voltage is 127 V and the standard frequency is 60 Hz.

Cancun is located in the State of Quintana Roo in the Yucatan Peninsula; a flat platform of limestone emerged from the sea millions of years ago, there are no elevations or hills, underground rivers come to the surface in the form of sink holes or wells, the soil is not very thick so the vegetation is a semi – tropical jungle with a wild and exuberant fauna.

It is customary to include a gratuity in restaurants and bars of 10 to 15 % which will be very much appreciated.

The official language of Mexico is Spanish; in Cancun as in most of the touristic places in Mexico, everybody in hotels, stores, flea markets and shopping malls speak English.

Cancun International Airport handles the second largest volume of traffic in Mexico, but receives the highest score for its modern facilities and equipment, and above all, security. The airport complies with all US FAA specifications.

* Located 15 min away from Moon Palace Resort.
Transportation options will be available here

If you are unsure whether you require a Visa, please visit the following website: https://n9.cl/tf3n to check your status. If you require a visa letter, this will be available upon request during the registration process and will be sent to you once full payment is received.

The Congress Venue, Sunrise and Nizuc have car parking facilities.

All reasonable endeavours will be made to hold the 74th IFA Congress and to present the printed programme as scheduled so as to assure the comfort and safety of the Congress participants. However, neither the International Fiscal Association nor any of its Branches, nor their officers, employees, representatives or agents, shall have any liability to any person as a result of any cancellation of the Congress or any of the arrangements, programmes or plans connected therewith or any loss, injury, damage or inconvenience which may be suffered by any person while travelling to or from, or during such person’s presence in Mexico in connection with the Congress. Participants are advised to consider procuring their own insurance against any such occurrences.

A certificate of attendance will be available in your Congress backpack. Attending the IFA Congress sessions qualifies some participants for continuing education credits. Please check with your professional organization. Certificates will be made available through the online platform on www.ifacancun2023.com after the Congress until Friday 16, October 2023 or by e-mail at helpdesk@ifacancun2023.com.

All reasonable endeavours will be made to hold the IFA 2023 Cancun Congress as programmed. However, the Organization of the IFA 2023 Cancun Congress has the right, for any reason beyond its control, to modify or cancel without prior notice, scientific sessions, social events or any of the arrangements, timetables, plans or other items of the Congress. Neither the Organization nor the International Fiscal Association will assume indemnities or reimbursement of fees/deposits requested by participants in case of cancellation of the whole Congress due to unforeseen or force majeure circumstances, such as hurricane, flooding, earthquake, volcanic eruption, strike, riot, war, terrorism, epidemics, pandemic, etc. Neither the Organization nor their officers, employees, representatives or agents will be responsible for any loss, damage, expenditure or inconvenience caused to participants and their belongings, during or as a result of their participation in the Congress. Participants are advised to consider procuring their own insurance against any such occurrences.

The IFA 2023 Congress will have wireless Internet connection in all areas.

Lost or unattended items will be held at the Congress registration desk, where participants can enquire about their property. Should a participant spot any unattended or lost items, we kindly ask to report this immediately to the Congress staff.

Moon Palace can get you an English-speaking doctor in a short period of time, Moon Palace has medical attention on site, however, if it is needed an ambulance will be called immediately. Cancun offers excellent hospitals and medical attention with top of the line technology.

A professional photographer will cover the various official Congress events. Photographs will be uploaded after the Congress at www.ifacancun2023.com and the secured part of the IFA website.

Population in the mainland is 628 000 inhabitants officially.

Registration and Information desks will be available in Moon Palace Arena Convention Center from Sunday 4 to Thursday 8 October 2023.

Please outline any special requirements on the registration form. The Moon Palace Resort and Arena Convention Centre are fully accessible for disabled needs.

16% VAT is charged on most applicable items, but certain items are subject to a zero or reduced rate.

Please contact your mobile service provider to confirm whether your mobile is compatible with the Mexico network and to learn how you will be charged, and ensure you keep mobile phones on silent during scientific sessions.

Mexico is divided in different time zones. Most of the Mexican territory, including the Mayan Riviera and Mexico City, are in Central Time zone (Greenwich Mean Time GMT – 6 hours), and changes to daylight saving time from the first Sunday of April to the last Sunday of October.

In Mexico it is not recommended to drink water from the tap; Moon Palace as most of the hotels at the touristic zone have their own purification systems so you can use the water to brush your teeth, shower, etc. Ice at the hotels, restaurants and convenience stores is safe.

The best way to discover a city is through its gastronomy. If you have any issues with any kind of food, please share this information with us on the registration form.